The 4th & FINAL session of our LAB (Living Art of Bonsai) project was held as a physically-distant, covid-style gathering on August 15 at Pacific Bonsai Museum. The project produced three works of bonsai that were seen as whole compositions for the first time.

The LAB was an experiment in sequencing meant to inspire innovation and that is exactly what LAB artists Ryan Neil, Ron Lang, and Austin Heitzman delivered. Each composition began with one component each — a tree, a pot, and a stand– which, over two years, at multiple gatherings, each had a second, and then a third element added in the style of an exquisite corpse drawing. Lang and Heitzman in particular relished the opportunity to kick off a composition for a change (as opposed to the typical sequence in which they fit their work to a styled tree), laying down a bold challenge to the artist who picked up the design next.

Heitzman approached the design challenge as a site-specific artist might, working gradually closer towards a stand designed for the specific display conditions of Pacific Bonsai Museum. At Session 2 in April 2019, he presented a stand built like a roof with copper-clad wood, but for the Limber Pine composition, he built a stand like a bridge with reinforced rebar and poured concrete. He played with the ‘material authenticity’ question introduced to the composition by Lang with his bronze-like ceramic pot. Into the top of the stand he cast an old burr log he found washed up on the Columbia River, and in the legs he left the texture of bendy plywood. The result was a wood texture that wasn’t wood. Architects and builders have been doing this kind of wood cast remnant formwork for decades. And besides, isn’t bonsai–with its small trees meant to appear big and even young trees meant to appear old–at its heart a bit of artifice?

For the composition kicked off by Lang’s hearth-inspired, architectural container to which Heitzman responded with his copper-clad stand, Ryan Neil revealed a delicate, reaching Pacific Douglas Fir tree rooted over a large lava rock, that despite its small size and grace, holds its own in the composition of weighty elements.

The final piece, a composition wholly unlike anything seen before in bonsai, is atypical in every way. Heitzman started with a huge departure from the norm with his vertical stand, to which Lang responded with a cliff-dwelling container clinging to a placement no one anticipated, which was finally planted with a draping succulent so rare to bonsai that it remained unidentified until last week. (It is a Pachypodium succulentum.) The whole water-efficient, indoor display-ready composition left the artists wondering if they had made a bonsai, or an artform deserving of a new name. (Suggested monikers?) 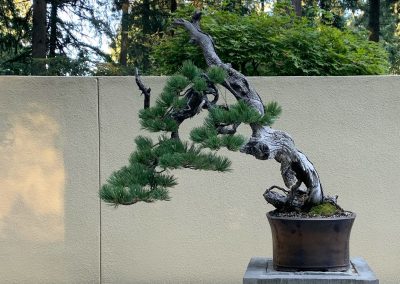 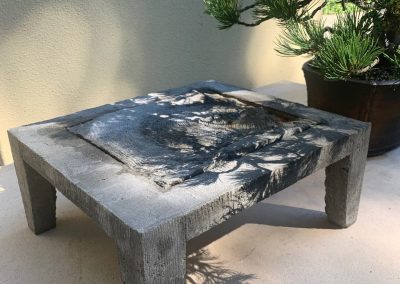 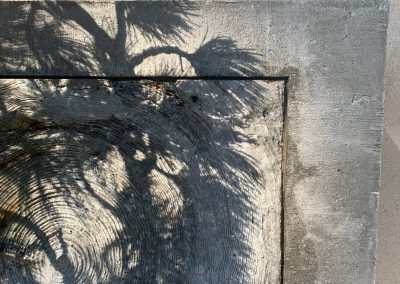 Burr log casting and shadows on top of the stand. 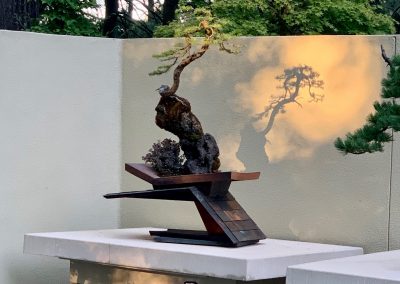 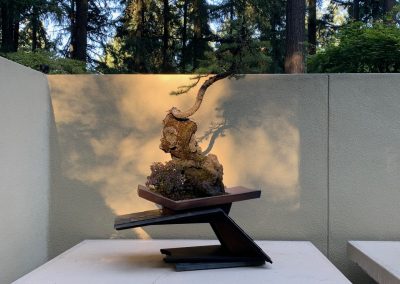 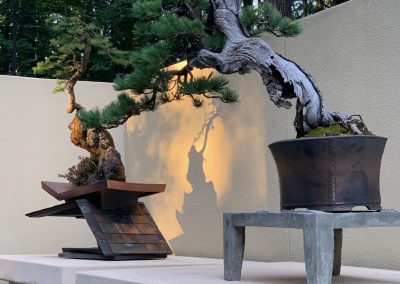 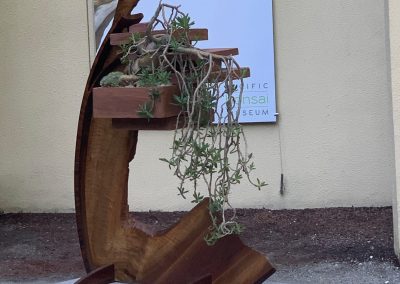 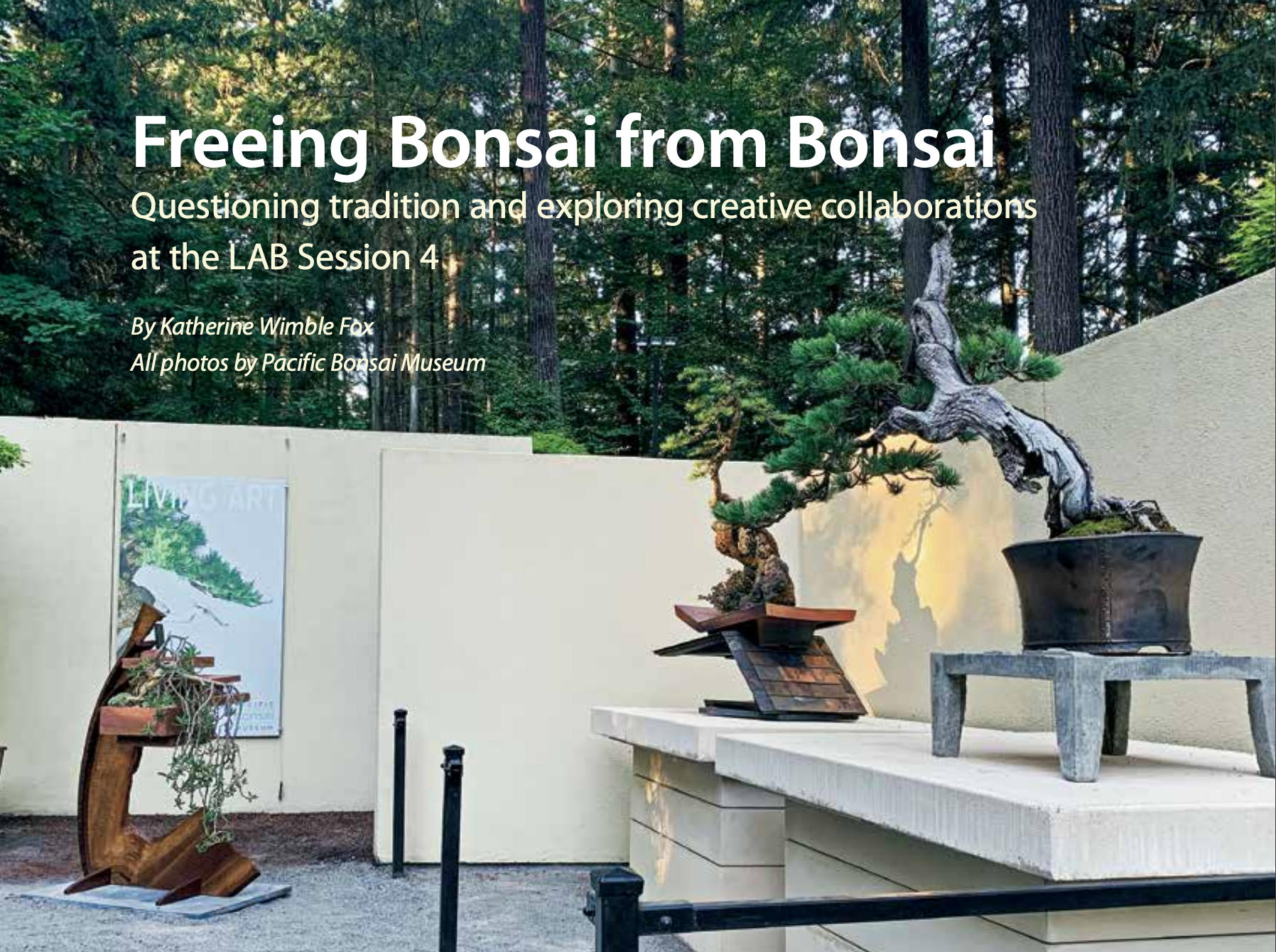