Session 2, timed for spring, shifted our focus to the container and potting season. The artists reconvened at the Mary Lund Davis house in Gig Harbor, WA to reveal new works in the experiments. Heitzman revealed a cantilevering copper and wood stand made in response to Lang’s container from Session 1. Lang presented three new pots: a cascading container for Heitzman’s stand from Session I and two options for Neil’s styled limber pine from Session 1. After a discussion about the container options, a glazed pot with a metallic sheen was selected and Neil proceeded with potting the pine in its new container. 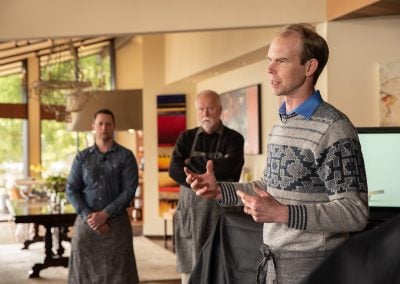 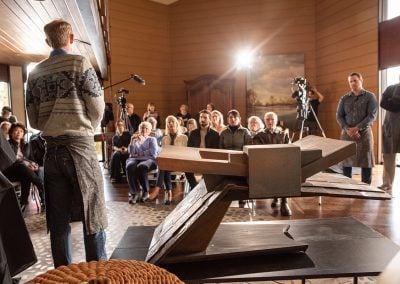 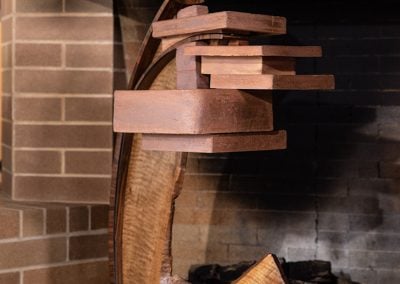 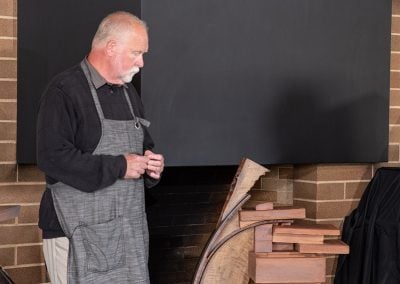 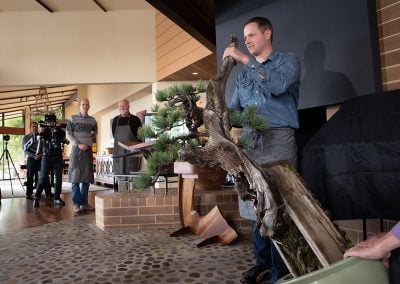 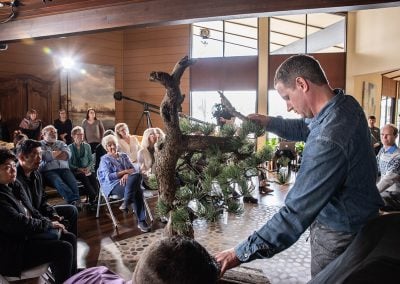 “I’ve never seen roots growing like this in all my years in bonsai,” Ryan Neil reports as he begins repotting. 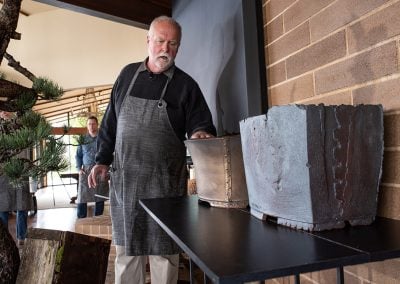 Ron Lang begins the discussion of the two containers he made for Neil’s Limber Pine. 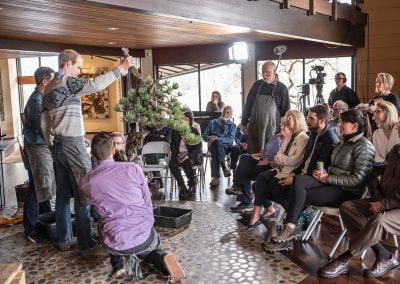 Extra hands are needed to assist in this complicated repotting and positioning as the audience looks on. 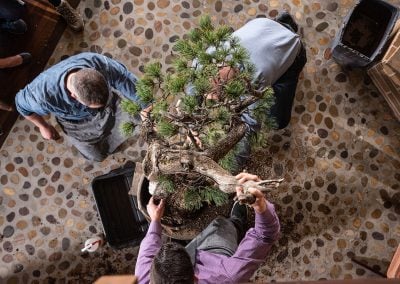 Repotting in process, as viewed from above. 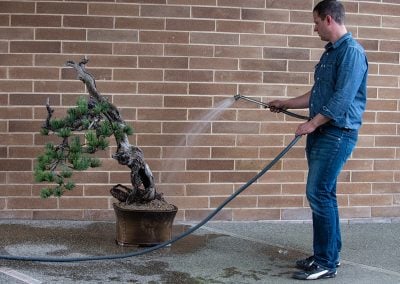 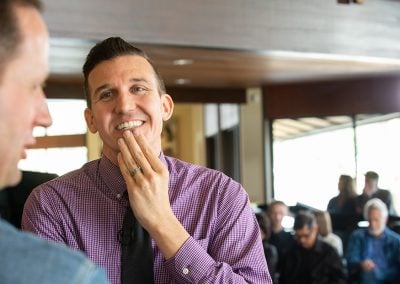 Aarin Packard in discussion with Ryan Neil at Session 2.

Read, ‘An Architect in the Audience,‘ by Stephanie Wascha. This article was published in Bonsai Journal, Volume 53 Number 3, pages 6-13, Copyright American Bonsai Society (2019). 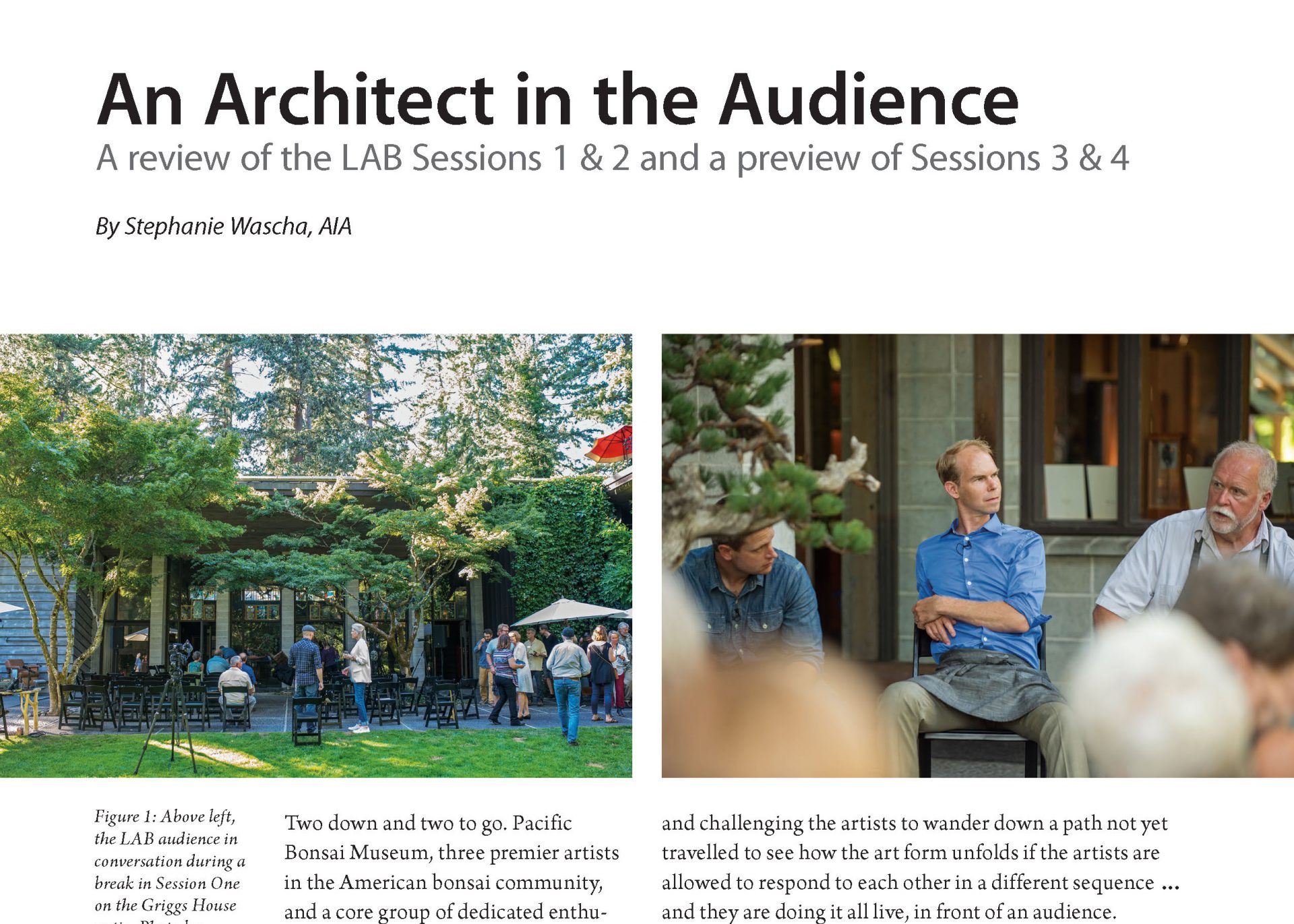 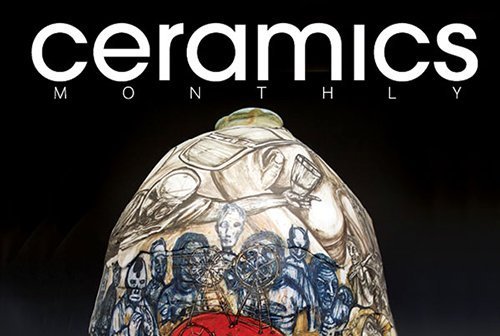