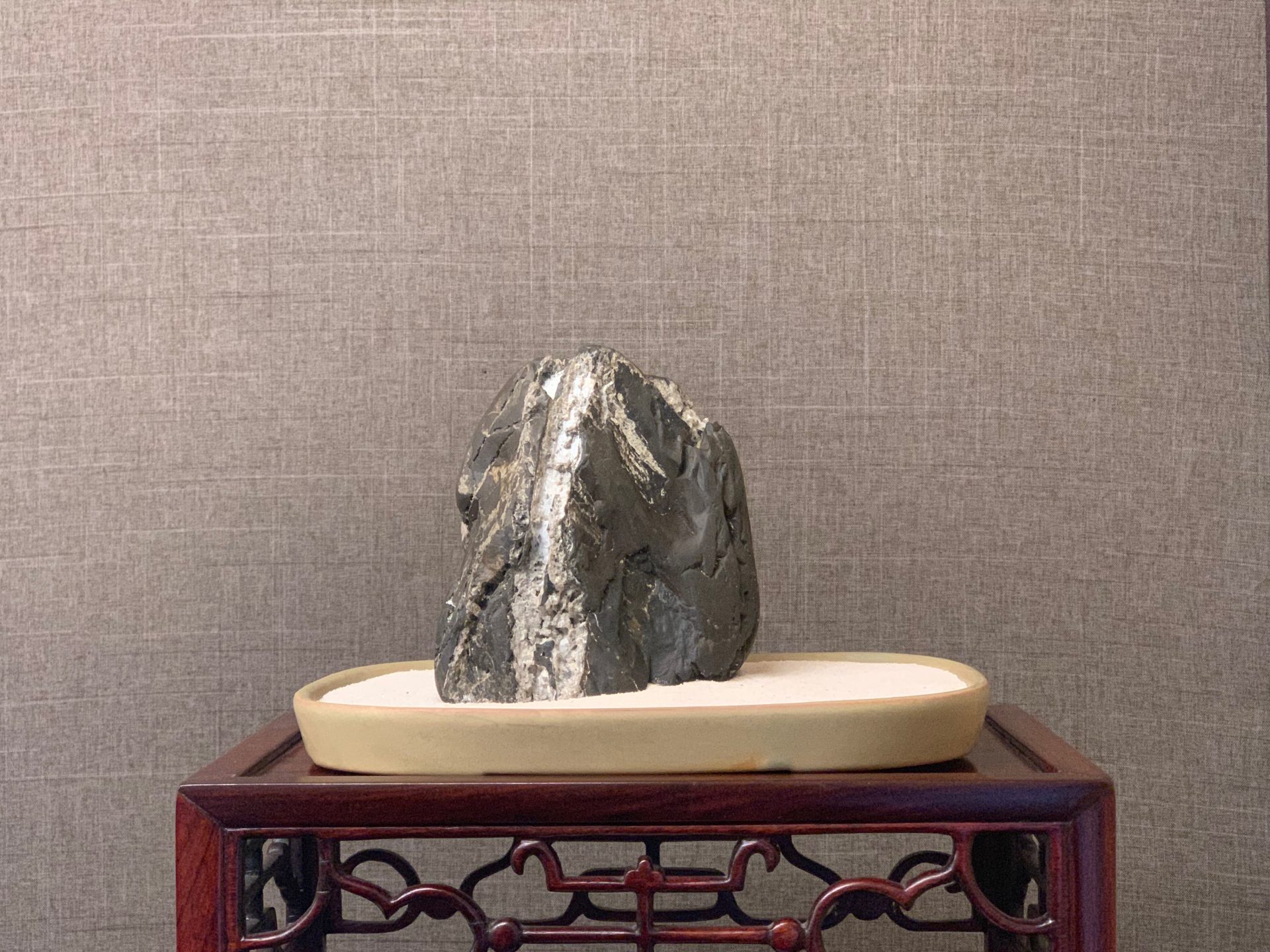 Bonsai is an art form that uses trees to represent nature in miniature; a companion art form, called “Viewing Stones” (“suiseki” in Japan or “Scholar Stones” in China) does the same, in rock. Viewing Stones are naturally formed stones valued for their shape, color, beauty, pattern, and/or for what they can be seen to represent. Some collectors choose certain stones because of their shape or because they see in them natural scenes, such as scenic vistas or animals, or naturalistic imagery within the face of the stone.

After being collected, Viewing Stones are cleaned and typically displayed on custom-carved, wooden stands called daiza, and some stones are polished. The practice of collecting and viewing stones originated in China about 2,000 years ago; it was introduced to Japan in the sixth century CE, and now is practiced worldwide.

Stone Images X featured 33 Viewing Stones. Most were collected in Washington, although several found in Japan and Canada by members of the Puget Sound Bonsai Association’s Viewing Stone Study Group. Information about each stone–including viewing stone classification, place of origin, name of the collector, and (in many cases) the poetic name given to the stone by its collector–will be displayed beside each stone in the exhibit. The entire exhibit will be displayed in two, glass-fronted cabinets lining the interior of the Pavilion at Pacific Bonsai Museum.

Stone Images X is the tenth exhibit organized by the Puget Sound Bonsai Association’s Viewing Stone Study Group. Since the exhibit series’ inception in 2010, 300 Viewing Stones collected from countries around the Pacific Rim have been displayed at the Pacific Bonsai Museum.  This includes stones from the Pacific Northwest, California, New Mexico, Arizona, Wyoming, and Alaska.