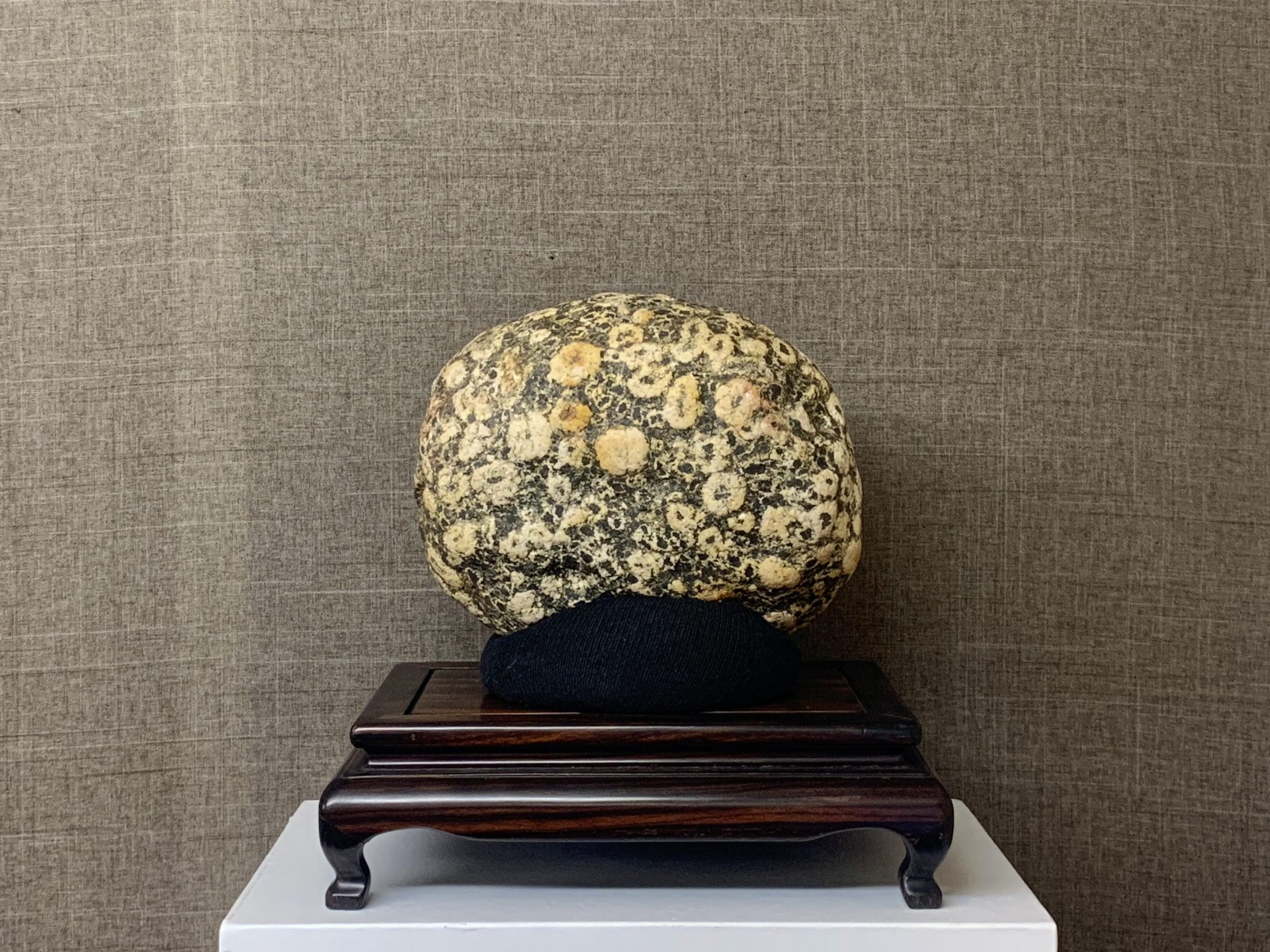 Stones are shaped by water, wind, sand, and ice but what we see in them is shaped by our minds. A bit like cloud watching, viewing stones is an art of the imagination, in which we can see mountains, figures, animals, and even deep space.

Members of the local Northwest Viewing Stone Club (a study group of the Puget Sound Bonsai Association)–affectionately known as ‘The Stoners’–engage in a practice of collecting and displaying stones for the purposes of meditation. The practice of viewing and appreciating stones dates back more than 1,500 years. The art originated in China, Japan and Korea, but has spread during the past century and is now practiced worldwide.

There are numerous categories or classifications of viewing stones. The most commonly found are miniatures of mountain vistas, some which are enhanced by waterfall, lakes, pools, snow and clouds. Shore stones represent islands and rugged coastlines. Celestial stones copy images found in the heavens including the sun, moon, stars and deep space. Object stones depict human or animal figures while abstract stones include fanciful shapes, patterns or color combinations.

Stones found in the deserts of the western United States are called ventifacts and they are shaped by wind-blown sand, frost and colored by chemical reactions in harsh desert environments.

When displayed, a viewing stone sits in a custom-carved wooden base called a daiza. Stones also can be set in sand-filled ceramic or metal containers, or on a fabric pillow.

The exhibit was the 11th in a series of shows organized by the Puget Sound Bonsai Association’s Northwest Viewing Stone Club at Pacific Bonsai Museum. 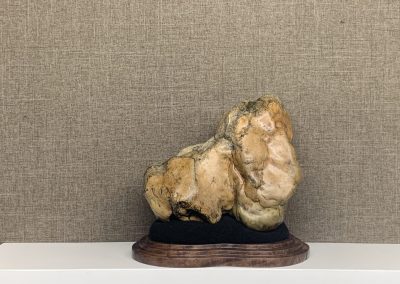 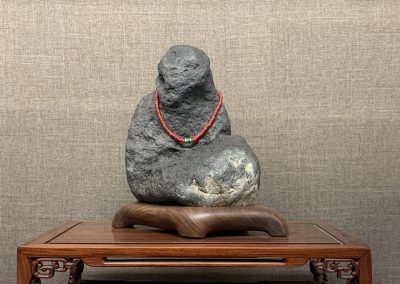 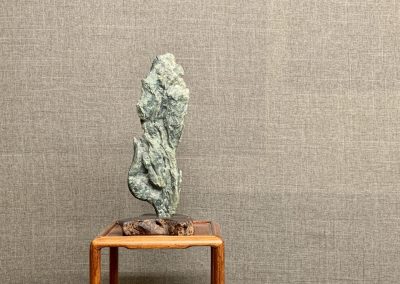 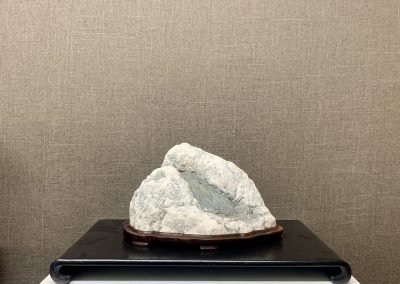