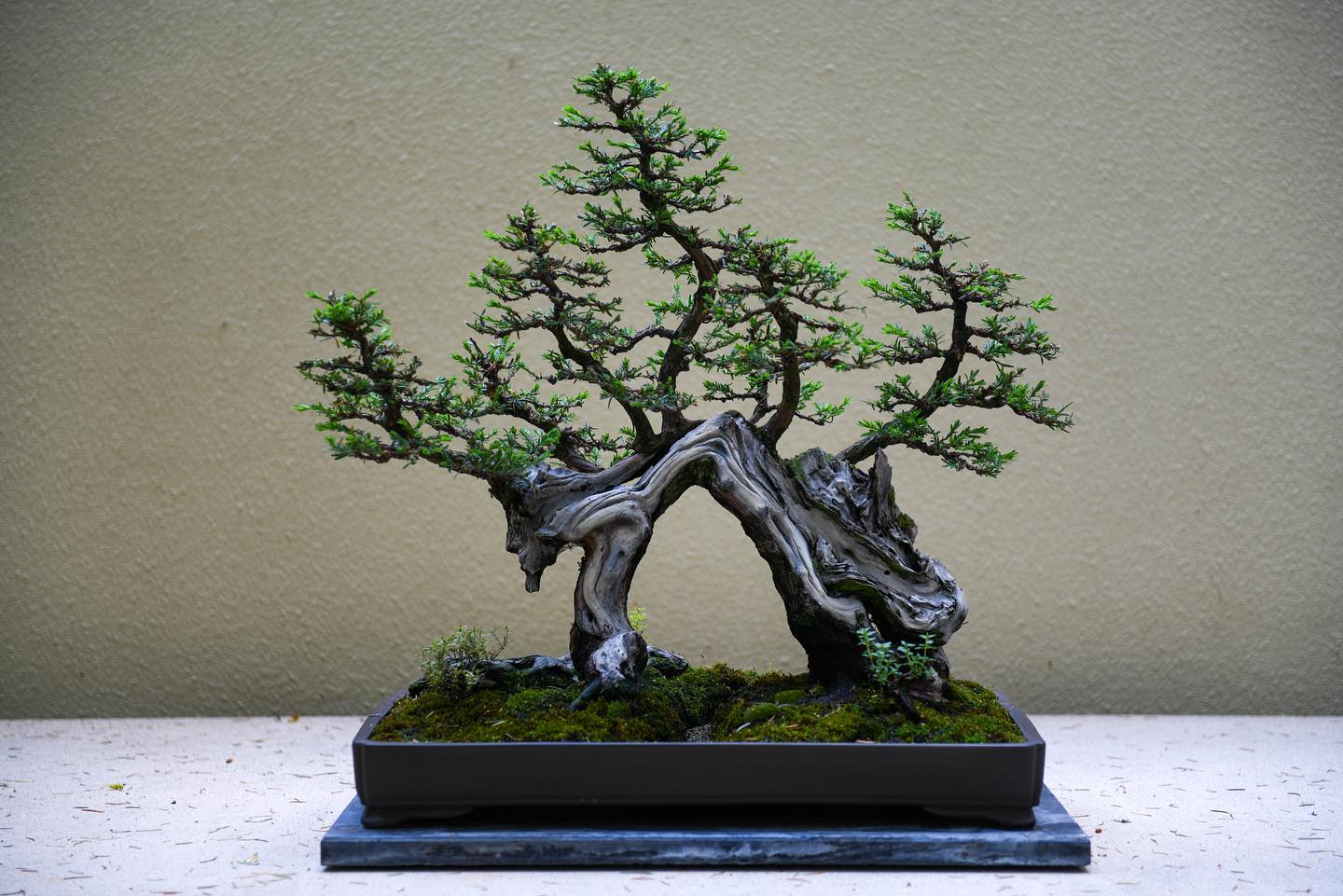 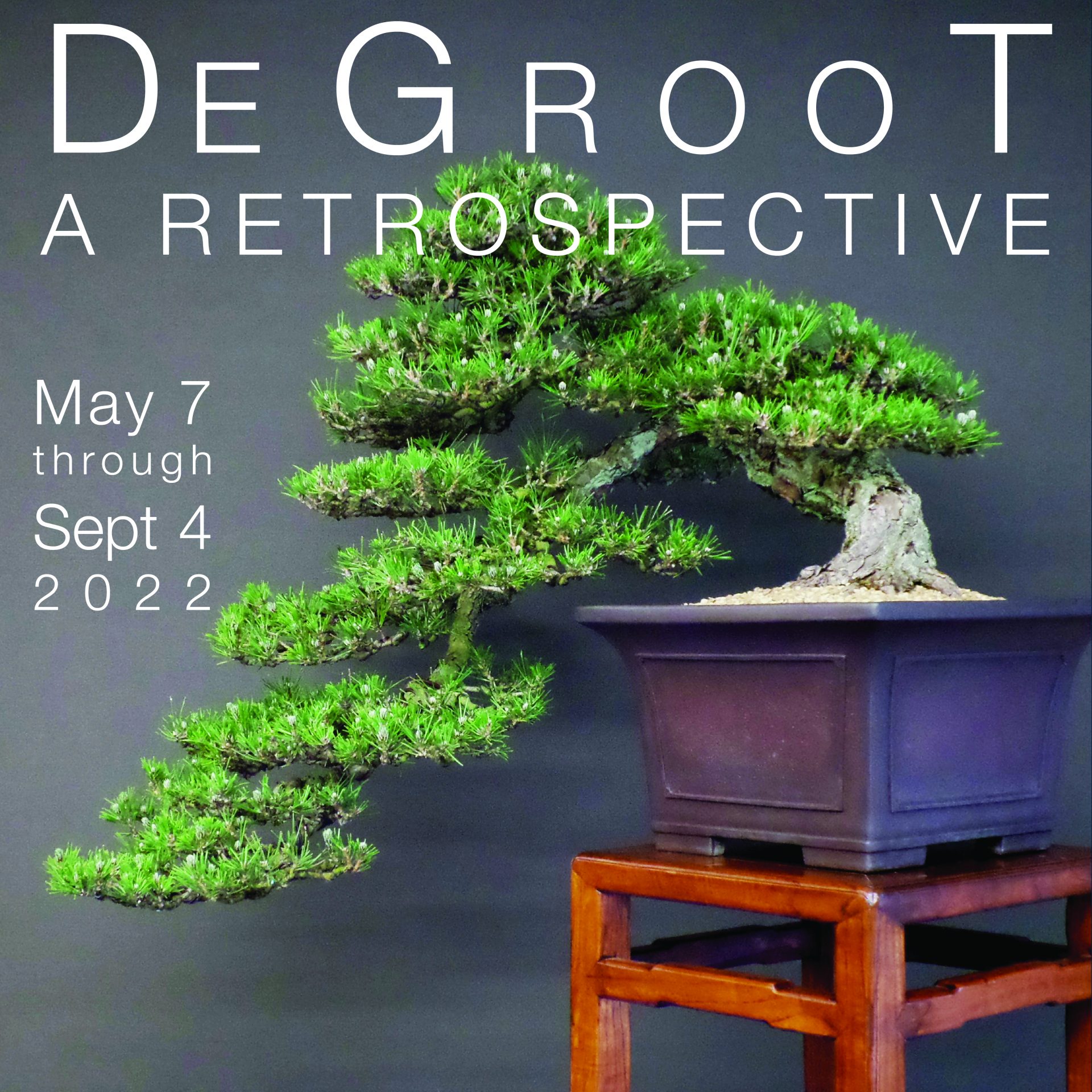 “A career-long passion of mine has been to encourage the public to see bonsai as I see it—not as some type of horticultural novelty, but as a fine art no different from other visual arts that employ non-living mediums such as paint, clay, glass, or stone.”
-David De Groot

When the Pacific Rim Bonsai Collection (PRBC) opened, there was minimal infrastructure and no operational plan. For newly hired curator David De Groot, it was a blank canvas waiting for him to explore. De Groot first encountered bonsai in Milwaukee in 1969, shortly before moving to Boston for graduate school and then to Louisiana in 1972 to join the New Orleans Symphony. As a classically trained percussionist, De Groot had a passion for the arts. Fortuitously, he found himself within a budding community of bonsai practitioners.

De Groot’s love of art paired well with his natural teaching ability. In addition to his orchestra duties, De Groot taught part-time at Xavier and Loyola Universities. This talent also applied to bonsai and he quickly rose in reputation as an exceptional presenter of bonsai information. When the financial situation of the symphony became dire in 1987, De Groot took a leave of absence to pursue both music and bonsai on a freelance basis. In the spring of 1989, he responded to an ad for a job as curator of a newly formed bonsai collection in the Pacific Northwest and was accepted. As
curator of one of the first public bonsai collections on the West Coast, De Groot found himself in a unique position from which to explore the intersection of bonsai, art, and education.

For the length of his 25-year tenure, De Groot actively sought to elevate the public’s appreciation of bonsai. His creativity and pursuit of quality established the PRBC as one of the top public collections and set the standard for other bonsai curators to follow. Today, De Groot continues to expand bonsai art through his work with students and his own bonsai. Pacific Bonsai Museum and these bonsai from his personal collection represent the breadth of his technical ability, artistry, and talent for turning something with humble origins into a beautiful work of art.

De Groot: a retrospective was on view at Pacific Bonsai Museum May 7 through September 11, 2022 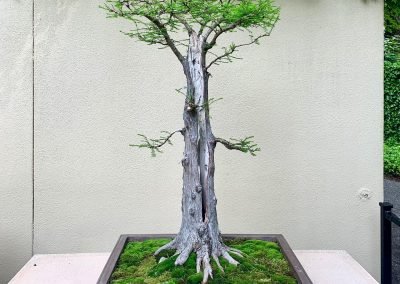 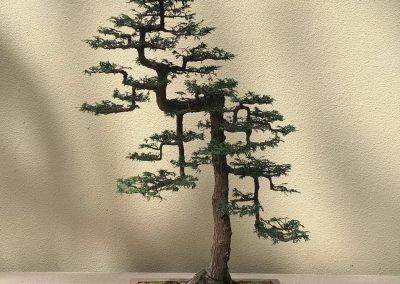 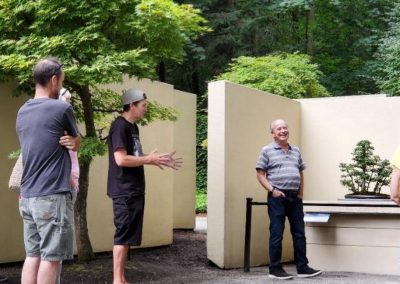 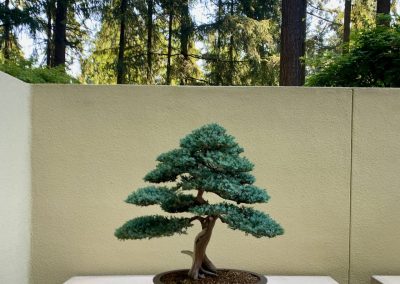